‘Munich 1972,’ is a new documentary series about the massacre of Israeli athletes at the 1972 Munich Olympic Games. A 3-part series on the terrorist killings of Israeli Olympic athletes and coaches is include dramatized scenes, archival footage and interviews with key figures 50 years on. The project is co-produced by Global Screen, a German entertainment company co-owned by actor and media mogul Will Smith and directed by Israeli film director Roman Shumunov.

A group of teens embark on a trip to Poland and the concentration camps for an up-close lesson on the blood-soaked history of WWII.

ONE AND A HALF GENERATION 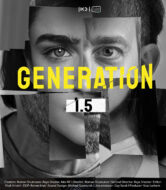 TV series documentary that captures the personal historical drama of the immigration of Jews to Israel after collapse of the soviet regime.

A fascinating story of Leonid Bernstein, who was a partisan battalion commander during ww2. He was responsible for destroying the development facility of the terrifying Nazi V-2 rocket, the last hope of Hitler to change the outcome of war.

The film presents the story of the Chernobyl disaster, as a mosaic of stories, unique video archives and experiences, from the difficult past and the sad results of the present, which is told from several different perspectives.

A group of young dancers from Israel’s periphery, whose members are immigrants, are trying to win the International Break-dance Championship.

Andrew, a new immigrant discovers that in order to save his sick father’s life he must buy an expensive drug that is well beyond his means.  Andrew decides to get the money for the medicine his father so desperately needs at all costs.